POLSON – A Kalispell angler who hadn’t dipped a line yet during this year’s Fall Mack Days made the most of it when he finally did. Read more

KALISPELL – With a firm belief that the natural splendors of northwest Montana are the area’s biggest economic driver, the National Parks Cons… Read more

Anglers would remain the first line of attack to reduce non-native lake trout in Flathead Lake, but the Confederated Salish and Kootenai Tribe… Read more

The warm ocean currents that drift north every summer off the Washington coast can bring along some bizarre nonnative fish. Read more

POLSON – Few, if any, Mack Days have left so many anglers in position to claim the championship as the Flathead Lake fishing tournament barrel… Read more

POLSON – Two friends fishing from the same boat during Fall Mack Days on Saturday caught tagged fish, meaning each had won some cash.

When they turned them in, Phil Meredith, who is in sixth place at the halfway point of the tournament, learned he had won $100.

Roger Schiff’s was worth a bit more.

Schiff, of Whitefish, became the first angler ever to catch a $5,000 lake trout during Mack Days.

The tourneys begin each spring and fall with one fish tagged for a worth of $10,000, and five worth $5,000, but the odds of landing one of the high-dollar mackinaw are long. The Confederated Salish and Kootenai Tribes estimate the lake trout population in Flathead Lake – which they want to reduce to help native species survive – at 1.35 million.

“He couldn’t believe it,” said Cindy Benson, who helps run Mack Days for the tribes. “He was stunned. Sometimes people think we’re faking it” because no one has ever caught one of the big-money fish, “so we’re really happy one finally came in.”

It was the first weekend Schiff, who has entered previous Mack Days events, had fished in the tournament this fall.

Mike Benson of Lonepine continues to lead the tournament.

He’s caught 585 lake trout, and leads Roger Dilts of Polson in the totals by 46 fish.

Eventually, the championship and top 10 will be determined by anglers’ 15 best days on the water out of a possible 25. The rule allows participants to take days off during the tournament, which started Oct. 4 and goes through Nov. 17, and still compete for the title.

Jeanee Mooney of Missoula is first in the women’s division at 158, followed by Deana Knipe of Polson at 92.

The day after Schiff, who Cindy Benson said is a deputy with the Flathead County Sheriff’s Department, caught his $5,000 lake trout, high winds cut into this fall’s harvest.

Benson said many anglers opted not to fish at all Sunday because of the winds forecast, and most others got off the water before it got bad. One angler who didn’t return in time spent the night on Bird Island waiting out the storm, which uprooted or snapped off trees as old as 300 years along Flathead’s east shore.

After registering catches of 784 on Friday and 595 on Saturday, Sunday’s total dipped to 263.

Anglers can register for Mack Days at any point during its run, at mackdays.com. Tournament officials like to point out it only takes one fish to win.

They’re referring to the fact that each fish turned in gets an angler’s named entered in a lottery-style drawing for thousands of dollars in cash awards when the event wraps up on Nov. 17.

But as Roger Schiff figured out, a single lake trout can also become a $5,000 surprise.

We provide this community forum for readers to exchange ideas and opinions on the news of the day. Passionate views, pointed criticism and critical thinking are welcome. Comments can only be submitted by registered users. By posting comments on our site, you are agreeing to the following terms:

Our guidelines prohibit the solicitation of products or services, the impersonation of another site user, threatening or harassing postings and the use of vulgar, abusive, obscene or sexually oriented language, defamatory or illegal material. You may not post content that degrades others on the basis of gender, race, class, ethnicity, national origin, religion, sexual orientation, disability or other classification. It's fine to criticize ideas, but ad hominem attacks on other site users are prohibited. Users who violate those standards may lose their privileges on missoulian.com.

You may not post copyrighted material from another publication. (Link to it instead, using a headline or very brief excerpt.)

No short policy such as this can spell out all possible instances of material or behavior that we might deem to be a violation of our publishing standards, and we reserve the right to remove any material posted to the site.

Copyright 2013 missoulian.com. All rights reserved. This material may not be published, broadcast, rewritten or redistributed. 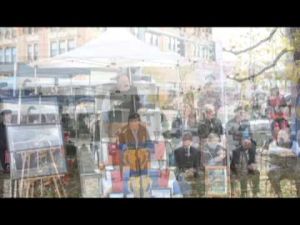 The International Traditional Games Society holds a clinic in Browning, Mont., to train and …

Team Up Montana cancer survivors and supporters march around the UM campus.

The changing of the seasons in Missoula

Motorcycle chased down Highway 200 by elk

On Sunday, October 3rd, my boyfriend Glen and I decided to take a ride from Missoula, MT to …

Cristy Grayson talks about her battle against cancer and the things that keep her going every day.

Looking for top customer service with your property manager? Call us! 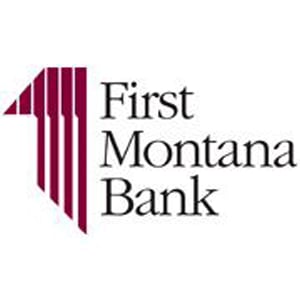 Montana Cabin Rentals Available year round! Check out our Website!