See what questions your friends are asking today.

Honeymoon Island is a Florida State Park located close to Tampa. The island is intimate and tranquil, and it offers both sandy beaches and pine forests. While overnight stay is not permitted on the island itself, there are many hotels within a short drive. Read below for a list of the most romantic places to stay close to Honeymoon Island.

Coconut Villas is a condo-style property comprised of two-bedroom suites. The full-size kitchen and laundry facilities in each suite make the hotel an ideal choice for an extended stay. The property boasts two beautiful pools that are surrounded by palm trees and lounge chairs. If you want to get out and explore the area, borrow a couple of the bicycles that are provided on a first-come, first-serve basis. The hotel is right on the waterfront and offers a beautiful view of the ocean. Honeymoon Island is approximately three miles away.

Located right on the gulf coast, Beso Del Sol offers apartment-type suites, as well as one three-bedroom penthouse. Relax in one of the two heated pools, and enjoy a refreshing drink from the poolside tiki bar. You can enjoy the views of St. Joseph's Sound and the Gulf of Mexico from your private balcony or the resort's boat dock. The property is located about 10 miles from Honeymoon Island.

Once referred to as "Hog Island," this barrier island is located near Dunedin, Florida. In 1939 a developer from New York invested in the property, erecting cozy bungalows aimed at attracting honeymooning couples, and the name changed to Honeymoon Island. Unfortunately, when the United States entered World War II, the resort project failed. The island became a state park, and although no longer a haven for honeymooners, it retained its romantic moniker.

If you are looking for a truly luxurious experience, consider Loews Don Cesar Hotel. This pink-hued palace has beachfront pools, onsite gourmet dining and two stylish lounges. Visit the rooftop spa for a rejuvenating massage or body treatment. This historic landmark resort is located in St. Pete Beach, about 30 miles from Honeymoon Island.

The Hyatt Regency Clearwater offers a variety of accommodations. From a standard room with a king-size bed to a deluxe suite with a kitchen, there is something available to suit everyone's needs. Treat yourself to the romance package, which includes champagne, chocolates and breakfast. Spend your free time swimming, golfing or relaxing in one of the poolside private cabanas. This hotel is in Clearwater, approximately 15 miles from Honeymoon Island.

Make your retreat memorable with a stay at a distinctive property. Whether your idea of a romantic getaway is a private condo or large resort, you can find it all near Honeymoon Island.

Rate This Article
Thanks For Rating!
Help us Improve.
X
Did You Find This Helpful?
Yes Somewhat No

There are not any comments yet. 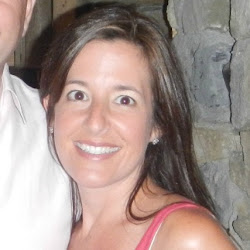 Marie believes that with the right planning and ideas even the most rustic camping trip can turn into the romantic trip of a lifetime. As a hopeless romantic, Marie spent years planning hundreds of weddings until she found herself more focused on the adventure after the wedding, the honeymoon! Marie's... Read More

Can you answer these?